If this photo makes sense to you then you may want to stop reading because I’m about to plant a poo bomb in your easter basket.

We recently went to North Carolina to visit Ric’s mother and took the dogstrocities because they are, after all, her favorite grandchildren.  As disucssed in a previous post (refer to Laws that Should be If Congress Had the Good Sense to Listen to Me #02:  Dogs Rule, Kids Drool) there is an enormous crevasse between what is publicly acceptable for dogs and what is acceptable for human spawn.  So our pet-friendly accommodation options in HIgh point were limited.

Now, we’ve stayed at both pet-friendly establishments and I found the Holiday Inn Express to be quite livable:  free breakfast, clean rooms, smooth sheet rock walls.  Ric, on the other hand, seemed to have some sort of mythological memory of the Crestwood Suites, just three miles south.  A bit like that image you had of the enormous bedroom you grew up in.  The same one that mysteriously shrunk by the time you were 30 into a closet big enough to hold little more than a twin matttress and a beside milk crate table.  He was so relentless that I finally gave in, trading cleanliness and risking health complications for the sheer pleasure of winning the debate.  This would be rich.

We pulled into the parking lot.

Ric:  Oooh, this looked better in the photo.  That’s ok, it’s just one night and it’s within walking distance of Mom.

We enter the lobby.

Ric asks the guy behind the desk for a good seafood restaurant where he could take his mom, an avid seafood lover.  He suggests Red Lobster.

Silence.  Head bent to avoid my smug gaze.
We enter the elevator.

Ric:  This place must have gone downhill since we stayed here last.  Probably new ownership.

We exit the elevator, coughing our way thru the smoke seeping out of the doors of the rooms we pass, hearing raucous laughter from a poker game in one, the Spice channel blaring what sounded like a woman praying to the Almighty in another, making the long walk to the far end of the hall where we and our dogs had been banished . . . isolated from reputable society.

We enter the room, discourage the dogs from laying on the floor.   We make note of the missing baseboard in the bathroom, the bare spot on the floor where once a vinyl tile lived,  the stained countertop from countless cigarettes, and the peeling laminate in the kitchenette.  We instruct the dogs to feel free to potty anywhere they like.

It was a triumphant moment as Ric’s face said more than words could adequately express and I was proven right!  Looking back I can see that there were a number of better plans than the one I chose to prove my point but I was in it now and I was in it to win it.  I did my best to hide my disgust and tried to turn the horrified look on my face into a victory smirk.

Later, while watching Caddyshack and sipping cheap wine from disposable paper cups, we looked up and noticed a sticker next to the sprinkler.  It was a clothes hanger in the middle of a circle with a diagonal line thru it.   You know the kind I mean.  Those graphic symbols that we’ve come to
understand without the need for explanatory words . . . like the “no

smoking” or the “no U-Turn” symbols.      We chuckled at the thought of  someone sticking that thing there as a joke for our entertainment  and speculated about how long it had  been there without notice by the housekeeping staff.

We calculated that the baseboards and tile had been missing from the bathroom since the mid-90’s so removing a sticker from the popcorn-style finish on the sheet rock ceiling probably wasn’t high on the priority list.

We were dazed and confused when later that evening we discovered that the sticker wasn’t someone’s idea of an infantile joke.  The sticker was placed strategically next to all four sprinkler heads in the suite.

Ric had the foresight to insist on a photo, knowing that we’d be convulsing over this one for a loooong time.  What we didn’t record for posterity was our throwing caution to the wind and doing exactly what the sticker told us not to.   Oh, you bet we did.  We had to entertain ourselves somehow and you really only need to pay attention to Bill Murray’s scenes in Caddyshack.  Besides, there had to be something behind this!  Something must have happened when the first hanger was placed on a sprinkler head!  They printed stickers to prohibit future violations, for heaven’s sake! Come on!  Maybe it would set off the fire alarm, or we’d be showered with lifesaving sprinkles or maybe . . . just maybe . . . .  we’d hit the jackpot and it would start raining jelly beans and dollar bills.  Either way, we saw the potential for a great story!
So, we hung a coat hanger on a sprinkler head.  And we waited.  And we waited.  And we had another soggy paper cup full of wine while we waited.   We brushed our teeth, got ready for bed, and went back to check on our experiment.  Nothin.

At 8:00 a.m. the next morning we rolled out of bed having forgotten our research project until we encounter the dumbest thing either of us has ever seen.  A clothes hanger dangling from a fire sprinkler head and a sticker next to it showing a coat hanger in a circle with a diagonal line thru it.  No fire alarms had gone off in the night.  Not even a reprimanding call from the front desk.   And then it finally dawned on us.  This was more than a random sticker:

This graphic symbol represents handicapped people. And It
denotes places that are especially accommodating for people with
disabilities

This is the symbol for women.  When we see this faceless,
shapeless gal in a skirt, we know we can do our business
here. 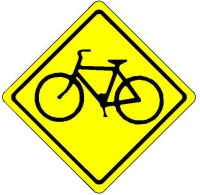 and even guys who wear hard hats! 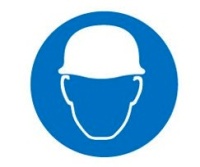 And now, after years of exclusion, we finally have the much needed universal symbol . . . .
for the dumbass!

At long last, a fitting graphic representation of the mindboggling stupidity of our society! When one encounters this symbol he is assured that the facilities will welcome and accommodate idiots of all shapes and sizes;  e guy who was arrested for trying to pass two $16 bills, the gal answering the phone for an Atlanta utility company who couldn’t spell Toronto . . . or Canada, the two women who beat up a police officer and then filed suit because he punched back,  an imbecile who sued McDonald’s for serving hot coffee.


This list could go on forever and I plan on addressing the issue of stupidity in depth at a later date.
But for now I leave you with a few questions to ponder.  Who do you suppose was the first guy to randomly hang a clothes hanger on a fire sprinkler head?  And why exactly would he hang a clothes hanger on a fire sprinkler head?  Was it a premeditated effort to gain some recognition for the buffoon culture?  Or did he genuinely think it a proper place to hang laundry?  Was he a pioneer?  Or an accidental hero to the dullard contingent?
I’ve reached no conclusions at this point but I have narrowed it down to three possible candidates:
1)  The guy who thought Classic Coke was a good idea
2)  The inventor of the Segway
3)   or Tom Cruise
I guess it’s true what they say . . . . money don’t buy taste . . . or a lick o’ sense.
Advertisement