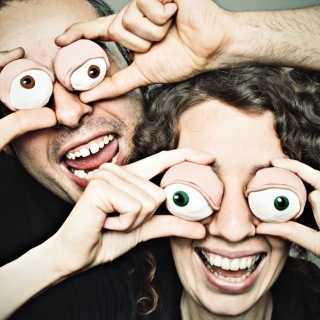 People are so peculiar.   I don’t think that’s necessarily a bad thing.   If it weren’t for those beings who are way off kilter then we’d have no yardstick with which to measure our own degree of normalcy.   Even though we all want to stand out from the crowd whether in business or fashion or beauty or intelligence . . . we don’t want to cross that thin line into absurdity.

Oh come on!  I can actually hear your heads shaking.  You know it’s true.   We can all remember some kid in elementary that made his mark in the annals of history by doing some THING that made us laugh, cry, sigh audibly, squirm in our seats or gag.  Something none of us on the rational end of the yardstick would be caught doing.   And those kids will forever be remembered for that THING they did.

For instance, I knew a girl who would repeat everything she said in a whisper just like that kid Brik on “The Middle.”   She would say “I’m going to the pool today.”  And then she’d follow it up in a whisper with, “Going to the pool today,”  like she was telling you a secret.   Conversations with her were long and confusing.  I still refer to her as the Whisperer.   Then there was the kid my husband knew that would ride his bike down the street of their subdivision with big marijuana plants in one arm.  Plants he had just harvested from his carefully tended garden on the neighborhood hillside.   His moniker had been, and still is to this day, Ed the Head.

When I met my husband and realized he used the same method of identification that I presumed to have perfected, it sealed the deal.  I had already realized he had marriage potential when I discovered that he loved “Clash of the Titans” (the original with Harry Hamlin, of course)  and “Excalibur”  but who would have guessed he shared my adolescent communication skills?!?

Only recently have I formally I coined the term bit.ly alias, defined as “the infantile method of identifying a person by his outlandish behaviors or physical traits.”

For those who are unfamiliar, bit.ly is an application used in Twitter, Facebook, etc that automatically shortens a lengthy URL (that would be a website address for the completely ill informed)   into one that is 8-ish characters long and looks more like hieroglyphics.  The shorter URL will still link users to the website to which you’re directing them but it has an added benefit.  The shorter web address means that Tweeters and FB users don’t waste as many of their precious allotted 140-characters per message on the website address alone.   And that means we can all share more of our useless thoughts with strangers!  Brilliant!

So, thebit.ly alias works the same way in real life applications.  For instance, let’s say you and your spouse frequent your local Piggly Wiggly grocery store.  And for the sake of the story, let’s imagine that there’s a gal from the neighborhood who frequents the very same Piggly Wiggly. You both recognize her because it’s now 2010 and she’s sporting a tall, impossible-to-miss-60‘s-style-beehive-hairdo with a ladybug barrett.  One afternoon your cart  accidentally collides with her cart and your chocolate gets on her peanut butter, thereby creating the Reese Cup.   Actually, that’s a story for another day . . . . but your carts do collide.   Later, you’re recanting the story to your spouse, whose insensitivity allowed him to stay home, guilt-free, watching the WVU game while you selflessly sacrifice your personal time to do the grocery shopping alone.  Instead of saying, “My cart collided with that lady with the tall, impossible-to-miss-60’s-style-behive-hairdo with the ladybug barret,” you simply say, “My cart collided with Beehive Ladybug.”   And for time eternal, she will be referred to as Beehive Ladybug.

Ric and I can recall a number of people over the years whose legal names we never knew but are cemented in our memory banks thanks to the bit.ly alias:
I’m well aware that my behavior could be considered questionable.  It’s not something I would have advertised in the past.  But then Seinfeld came along and he made a fortune insulting anyone outside his immediate circle of friends.  He dubbed such memorable characters as Man Hands, The Close Talker,  Soup Nazi and Crazy Joe (Davola).

And then Michael Scott took us to a new level!  In Season 5, Episode 14 of “The Office” entitled “The Lecture Circuit – Part I” MIchael takes it upon himself to travel to the various branches and share with them his secrets of success.  At one unsuspecting branch, he explains the importance of really knowing your client in order to sell to them.  And I quote, “That is why I have asked you to go around and tell me your names.  I have an amazing mnemonic device, by which I have memorized all of your names.”  And then he points at various people throughout the room, identifying each of them, “Shirty, mole, lazy eye, Mexico, baldy, sugar boobs, black woman.”   And if that weren’t enough, he explains further that he has taken a unique part of each of them and used that to help memorize their names.  When Karen reprimands his technique as insulting,  MIchael responds, “But it works.”

And that’s good enough for me.  It just works.  The bit.ly alias is the perfect tool that allows one to skip the unnecessary prattle in order to get to the heart of the point more efficiently.   Imagine the amount of information we could share in a day if we could apply this to other areas of our conversations!

I often wonder what bit.ly alias others might assign me.   Like the Crazy Knee Slapper, for instance.  When I passed her last weekend, I was wearing my hair in a pony tail on top of my head with ginormous round white sunglasses, a bright pink golf visor (something I swore I’d never be caught wearing in public but is quite effective at keeping those harmful rays off my face), a white Motley Cru tank top with black bra and a strap falling off one arm, chapstick stuck in one side of my bra and an ipod tucked in the other side so I could easily stick my hand down between my goods to moisturize my lips or to switch songs at any time.  I had on green soffe shorts over a pair of bike shorts and a white washcloth stuck down the back of my waist band so I could yank it out and wipe the dew from my face. In my right hand I was carrying a gaseous plastic poop bag while I chased one dog and drug the other behind me, all the while barking non-stop, while I yelled “Quiet!  Quiet!  Quiet” over and over to no avail.  There’s really so much fodder that even I couldn’t narrow it down to one simple bit.ly alias.
I think the moral of the story is this:   Do your own thing.  Dance to your own beat and feel comfortable doing it.   But beware of that invisible doorway that lead to the Land of the Lost because inevitably, crazy sticks like glue.  And there are no pylons to lead you back from that pocket universe once someone with an adolescent mentality spots your weakness and moves in for the kill!
Advertisement